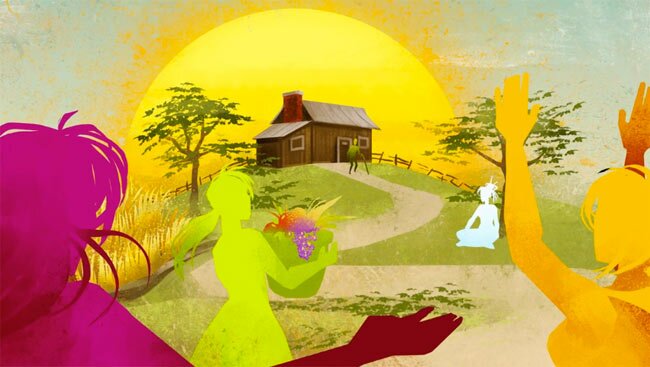 Are you familiar with the concept of pyrrhic victory? It is a victory that inflicts such a devastating toll on the victor that it is equivalent to defeat. The more common phrasing of this is “hollow victory.” Since Pyrrha Nikos was introduced as a character in RWBY, the fans have been predicting that, due to her name, she will fall victim to a pyrrhic victory. Even if you are one of the few fans who believe that Pyrrha is modeled after the character of the same name in the first book of Ovid’s Metamorphoses, a theory that can be backed up by some of Pyrrha’s dialogue in the first volume, you can tell a pyrrhic victory is in the works.

Now, why am I telling you all this? Because we finally know what will likely to be the end to Pyrrha as we know her. The reason Ozpin has taken such an interest in the young huntress is that he believes she will be the next to inherit the Fall Maiden’s powers. In the world of Remnant there are four maidens repressing the seasons who carry immense elemental powers that do not require the use of dust. To prevent this power from being abused, the maidens have average lifespans and pass along the powers to a young woman worthy of the power. Or not. Apparently whoever is the last in the maiden’s thoughts, if they are a young woman, can inherit the power. Which leads to a problem.

The current Fall Maiden was attacked and had half her power stolen, which left her in a coma-like state. Atlas technology is keeping her alive, but she will inevitably die. Ozpin’s group of guardians worries that the Maiden’s last thoughts will be of her attacker, allowing someone villainous to inherit the full power of Fall. Even if her final thoughts are on someone else, the powers may seek their other half and end up in the wrong hands anyway. So what is to be done?

As far as we understand, any special abilities are attached to a person’s aura. If that aura was to be given to another person, then the powers may transfer as well. General Ironwood has an experimental process that may be able to transfer the Fall Maiden’s aura into a new host… Pyrrha. But, what happens to Pyrrha? Will she survive? And if she survives, will the transfer work properly? Will she have two semblances, or lose hers for the Maiden’s? What will this do to her psychologically? Is she going to be the same person on the other side? And, ultimately, is Pyrrha even going to agree to be the new Fall Maiden?

If the theory of a pyrrhic victory is to be believed, then Pyrrha will undergo the process, it will work, and she will be destroyed in the process. And then she may die. Fans have pointed out that in this volume’s opening sequence Pyrrha is the first to “fall” away into the unknown. But if the process works, where will the power go if Pyrrha dies? And what about the other Maidens? Where are they? Have their powers already been transferred to new hosts, or are they in danger as well?

Luckily, fan theories have it all covered. It would only make sense that the members of Team RWBY, as the main characters in the show, would inherit the powers of the Maidens. There is speculation that Ruby already possess the powers of the Summer Maiden since Ozpin took an interest in her. If we are to assume that Summer Rose, Ruby’s mother, was the Summer Maiden and her dying thoughts were of her daughter, then it would make sense. There is even some speculation that Blake is the one who attacked the Fall Maiden, and not Cinder like everyone immediately assumes. Firstly because the attacker is probably the least obvious person, secondly because attacking the Fall Maiden may have been the final straw that made Blake quit the White Fang. Of course that leaves questions of who the Winter and Spring maidens are, but I am sure people are already working on it. And I knowat least one person has gathered evidence pointing to Yang’s mother as being the Spring Maiden.

Oh, speaking of Yang, she has somehow managed to end up in a hell of a lot of trouble. This time, though, none of it was her fault. Of course she is known for getting angry, and so it is likely that she will simply snap one day. Cinder noticed this, and decided to use it to her advantage. After Mercury more or less threw his one-one-one fight with Yang in the Vytal Festival, he decided to attack Yang right after the match. Naturally Yang defended herself, and Mercury ended up with a messed up leg. Or, at least that it how Yang thought it happened. An illusion was used to trick her into thinking Mercury attacked her, so to everyone watching it appeared as though she snapped and crippled Mercury’s leg for no reason. Which is horrifying. So horrifying, in fact, that the Grimm miles away were able to feel the spectators’ fear.

Now I need to emphasize that this is something that Yang will NEVER recover from. Even if she gets out of jail, and even it is proven that she was tricked (likely due to Emerald’s semblance being illusions, which would explain her fight against Coco), people all over the kingdoms saw her attack someone. Thousands of people are afraid of her, and will remember the announcers yelling for the video to be cut. That attack will be broadcast on news stations everywhere, and will be remembered with every new Vytal Festival. No one, maybe even her teammates, will be able to look at her the same way again. And who knows what this will do to Yang psychologically? Will she go off-grid like her mother?

And we have to wait until January to see what happens. January! Also, it was announced on a live stream with the cast and creators that Volume Three will be ending in February. That is so soon! How will they be able to cover what happens to Pyrrha and Yang in that time? Or even why Cinder’s faction wanted the powers of the Fall Maiden, and why they decided to attack the Vytal Festival? Are they going to leave us hanging until Volume Four, which might not come out until 2017? All I can say is that these next few episodes better have some answers, because I cannot wait until 2017! Well… I can. But I do not want to!