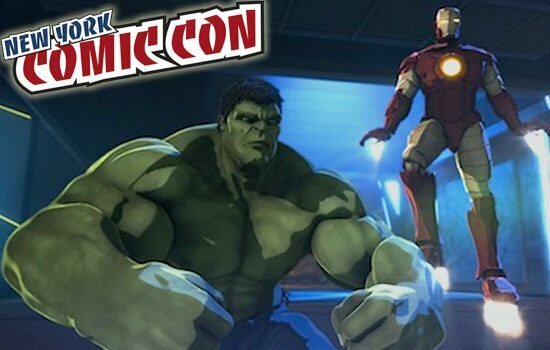 This is the ultimate Marvel Animation Studios Super Hero team-up starring iconic Marvel characters, Iron Man and Hulk. Audiences will enjoy an adrenaline rush as they see their favorite Super Heroes as never before in this all-new groundbreaking Marvel CG-animation movie experience available only on Blu-ray™, DVD and Digital platforms. Marvel’s Iron Man & Hulk: Heroes United is an incredible pairing of Hulk’s brute strength and Iron Man’s high-tech intellect. Presented in the mighty Marvel manner, their combined force is unstoppable in this feature-length original animated adventure.

“Marvel’s Iron Man & Hulk: Heroes United” comes to Blu-ray, DVD and digital download on April 23, 2013.  Based on the trailer, some fans are already sounding off on the Web that the animation and voice work  are “bad” and “weak”. What do you think?

Sneak Peek at The Hobbit: The Battle of the Five Armies