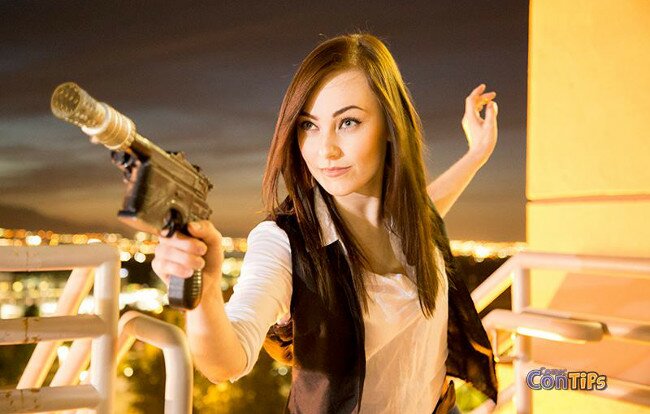 Han Solo, devilishly handsome smuggler, wookie rescuer, Death Star destroyer, bad boy turned good is only one of the superb characters in the Star Wars universe. An orphan taken in by pirates, his smuggling career got off the ground early when he ran away from their abusive tendencies. Finally starting to turn his life away by enrolling at the Imperial Academy, he returned to smuggling when he saved Chewbacca, thus causing his expulsion. He is known best for aiding Princess Leia and Luke Skywalker in their battles on behalf of the Rebel Alliance, and eventually marrying the princess. 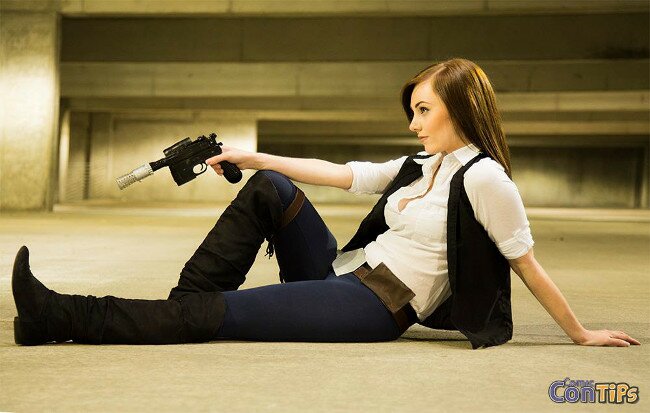 With such a popular character, there are many cosplay renditions that have been presented to the world. One of these cosplays is so spot on in design that I am blown away. Who created such a magnificent costume you ask? Megan Golden Cosplay! Donning a white shirt with brown vest and matching brown boots, she is ready to take the smuggling world by storm or rescue a princess. 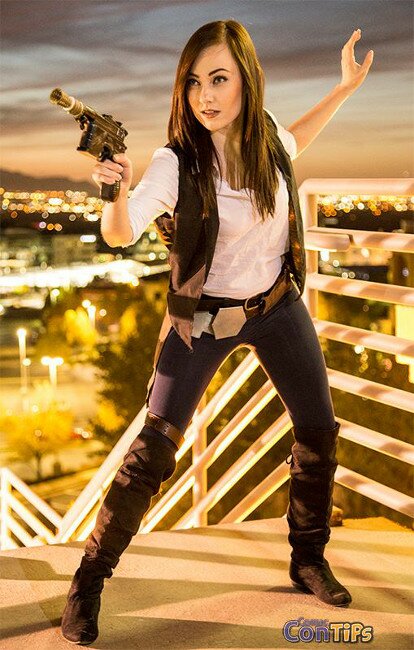