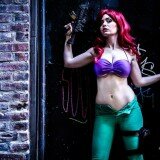 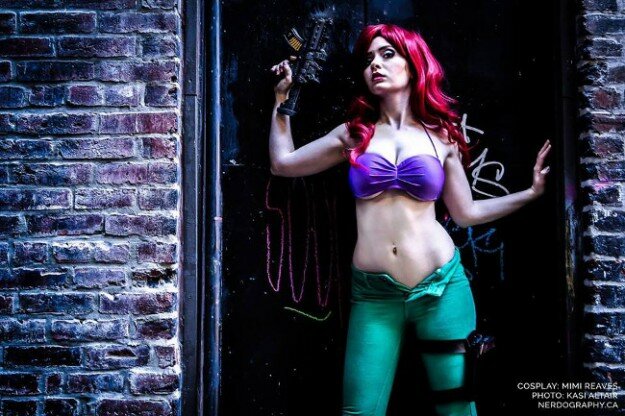 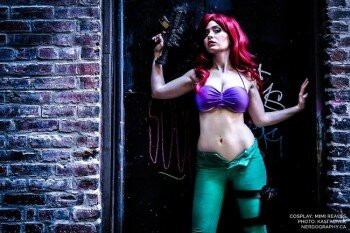 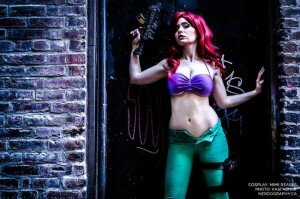 Ariel’s original design was developed by animator Glen Keane, who had reportedly said in an animation lecture that she was based on his own wife. Her appearance was also based on model Sherri Stoner, who provided live-action references for the animators during the development of the film and also inspired the look for Belle. A challenge in animating her for the film were the color required to show her in the changing environments, both under the sea and on land, for which the animators required 32-color models, not including costume changes. The sea-green color of her fin was a hue specially mixed by the Disney paint lab; the color was named “Ariel” after the character.

Mimi Reaves‘ fantastic translation of Ariel not only into her iconic color clad form as a human – but a post apocalyptic human – is truly interesting. The sea-green jeans paired with a purple, gathered bandeau is easily recognizable as Ariel. The gathers on the top harken to the shell shapes in her animated top very well. Alongside her fiery red hair – there’s no mistaking this lady’s identity! With her small SMG and leg holstered side arm – its clear which princess runs these streets!

Sink Your Teeth Into This Mesmerizing Lestat Cosplay