All Hallow’s Eve is upon us, my little epic readers. That’s right, my favorite spooktacular day of the year, Halloween is here! I’ve mentioned this before, but one of my favorite things about celebrating Halloween (other than the delicious goodies) is the excuse to play all of my favorite horror games, as well as some of the goofier and more light hearted “scary” games, and I want to share some of our favorite classics to check out for those of us old gamers who are too old for trick or treating (or are we?…) So go throw on whatever brilliant costume you have concocted and grab your candy. This year we are bringing you a list of amazing, terrifying, and bloody fantastic games to get your adrenaline pumping and the Halloween fun flowing!

Grabbed by the Ghoulies:

This little gem came out for the Xbox and featured a little bug-eyed weirdo named Cooper who wanders off to a haunted mansion to save his girlfriend, Amber. Mayhem of course ensues and the player is required to fight a variety of ghoulish creatures, including zombies, skeletons, and even zombie pirates. In order to advance from room to room you are required to complete challenges, often involving the defeat of certain monsters without harming the others. You even have to fight your precious girlfriend after a slight mishap from your “helper”, Ma Soupswill, which causes her to become a grotesque monster. Don’t worry, you eventually escape with your lady friend intact and you will definitely have a fun time doing so.

If ever there was a game that wanted to mess your with head and send you to an insane asylum, Eternal Darkness would be it. Released on the GameCube, this terrifying time traveler sends you throughout history, with each era being more frightening than the last. The worst (and most awesome) part of the game is that the developers went above and beyond to scare you to death and make you feel like you were really losing your mind. The game has “sanity effects”, so that as your character is slowly losing their sanity, the environment surrounding them begins to reflect the decent into madness. Once your sanity starts getting low in the game you start seeing dead people in bathtubs and bleeding walls, but that is just the beginning. Your TV will turn off, save files appear to delete, or the volume will randomly start lowering itself, leaving you at the end of your controller wondering if you have somehow allowed evil forces into your home just by playing the game.

This lighthearted GameCube title is crazy fun and often times hilarious, as you play cowardly Luigi bumble around sucking ghosts and ghouls into oblivion with his trusty Poltergust 3000 in an attempt to be the hero for once and save his brother, Mario. You run around the haunted mansion collecting coins and if you suck up enough cash during your play through you might just get a hefty reward at the end for your bravery and troubles!

Here is the thing. I love Silent Hill 2 and it is probably my favorite Silent Hill game, but I am going to suggest Silent Hill and Silent Hill 3 here together. I say why not have a giant Silent Hill marathon with all of your closest buddies around (for moral support and so you can watch all your tough guy friends scream like children when a nurse starts trying to rip you apart). Just shut off all the lights, crowd around the TV and team up to beat the games. These two games are intertwined, with Silent Hill 3 being an almost direct sequel. You finally get to see how Sharon’s story plays out and it would make for an interesting Halloween party!

What says Halloween more than monsters, a drafty old castle and the resurrection of Dracula? Castlevania: Symphony of Night is a fan favorite and takes the series into a new era, adding elements of action RPG into the mix. You play as a half vampire named Alucard in search for his father, the one and only Dracula, whom you have a huge showdown with by the end of the game. The open ended game play offers hours of fun, and with four different possible endings it makes for a perfect Halloween day experience.

How about instead of watching Night of the Living Dead you bust out the old SNES or Sega Genesis and play Zombies Ate My Neighbors instead? This cult classic is a perfectly humorous co-op or single player adventure that sends Zeke, Julie or both on a mission to save their neighbors from the likes of evil dolls, possessed children (and let’s face it, kids can be pretty menacing) and of course, zombies, while using any items your find to destroy them. You would expect a bazooka to blast a zombie to smithereens, but who knew exploding soda would do the trick?

Of course this list wouldn’t be complete without Resident Evil. Though there were plenty of horror games before its release, Resident Evil put survival horror on the map as a legitimate gaming genre. If you don’t scream and or piss your pants the first time the zombie dogs jump through windows at you then you are some new form of superhuman. Tell me your secret. You can check this out on Playstation or the remake on GameCube, which has added content and updated graphics that surprisingly still hold up pretty well today.

While you are at it with Resident Evil, maybe you can first start with Resident Evil: Zero, which was a prequel to the original and release on GameCube as well. It tracks the 24 hours prior to the first game and you get to see some of the events the S.T.A.R.S Bravo team encounters through the eyes of Bravo Medic Rebecca Chambers and a tattooed convict named Billy Cohen. It’s pretty fun tag teaming it with these two to solve puzzles and fight enemies, and it’s cool to see how things went down before the first game began. 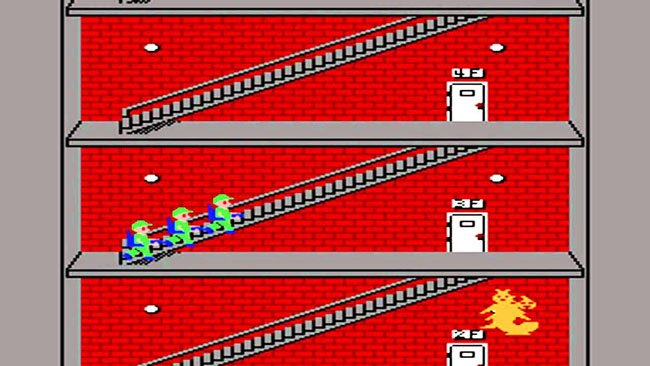 This NES game is not the highest of quality by any means, but it is based off of a fantastic movie and has some pretty hilarious moments (including the massive amount of typos in the ending message, Conglaturation!!) and it can be a fun and nostalgic romp to giggle at and who doesn’t love Slimer?! 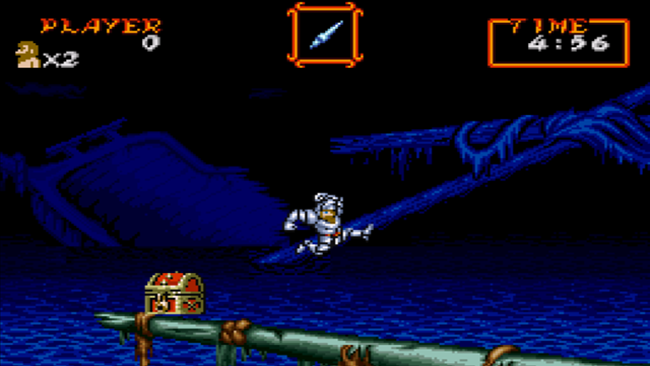 This game was one of my favorite SNES games. I loved the Ghosts n’ Goblins series and when I got my SNES and this game came out I begged and pleaded for it. With main character Arthur’s double jump ability, to the updated graphics, it was superior to its predecessors in many ways and it is a total blast trying to find the hidden chest while dealing with all kinds of crazy supernatural baddies. It would be a perfect game for Halloween and it is available for download on the Wii and Wii U for those of you that weren’t around for the original release!

Monster in my Pocket:

Based on the collectable craze, Monster in my Pocket ended up being a light hearted little gem of a horror game with decent graphics and an option for co-op. It is actually surprising how well this game based on a franchise actually was. You get to battle it out with plenty of traditional monsters from your nightmares, including Warlock and Minotaur (which some might recognize from the comics). If you are lucky enough to get your hands on a game still intact you might even get the little monster figure that game in the original packaging!

My love for the Fatal Frame is no secret, and I have spent many an October re-playing the series and it still manages to scare me to death, even now. I recommend Fatal Frame 2, because out of all three games of the main series it is by far the most terrifying, with the perfect blend of intriguing story and game play. Timid Twin girls, one weak, one strong, making their way through a haunted village with an ancient camera as their only protection against the evil spirits trying to kill them or drive them to madness? Yeah…… It’s a recipe for nightmares.

If you are looking for something that will still freak you out but doesn’t have you running around looking for ammo and shooting everything in your path, then Clock Tower is perfect. It was originally a Japan only release for SNES, and was later ported to Playstation. The point and click adventure leads you (as the main character Jennifer) around a huge mansion called “Clock Tower” while being chased around by a homicidal and deformed kid wielding a pair of giant scissors named Bobby, or “Scissorman”. This creepy little stalker is determined to chop for face off and you spend a lot of time hiding or panicking. The game is pretty open ended and you have multiple ending options so you could easily challenge yourself to spend all of Halloween finding as many endings as you can!

Instead of screaming “don’t go in there, you idiot!” at all of the moronic teenagers in Friday the 13th movies, this NES classic lets you take control. You play as a camp counselor trying to save the children and survive for three days and nights while Jason Voorhees, who is can still be pretty terrifying in 8-bit, torments everyone in the camp. His mother even makes an appearance as a hilarious floating head that seems to be channeling Medusa. In all honesty, the game is pretty terrible, but much like some of its cheesy movie predecessors, it makes for a good time as long as you aren’t taking it too seriously.

So if you are skipping the trick or treating this year, or you are just plain tired of all the same old horror movies, dust off your old systems or get ready to download some of these bad boys. They will provide you good laughs, great scares and hours of entertainment. Have a great Halloween, everybody, and happy gaming!