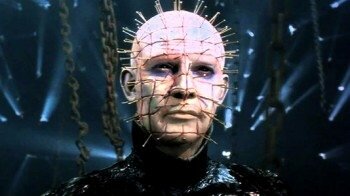 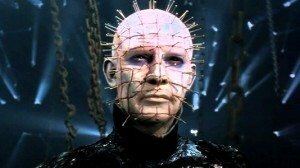 Clive Barker seems to be getting ready to return to write and direct the reboot for “Hellraiser”. If that isn’t exciting enough, Doug Bradley will be reprising his role as the infamous Pinhead!

“A few weeks ago I had a very productive meeting with Bob Weinstein of Dimension Pictures, in the course of which I pitched a remake of the first HELLRAISER film,” Barker wrote on his Facebook. “The idea of my coming back to the original film and telling the story with a fresh intensity – honoring the structure and the designs from the first incarnation but hopefully creating an even darker and richer film — was attractive to Dimension. Today I have officially been invited to write the script based upon that pitch.”

The author also created “Candyman” and seems to be excited to remake the 1987 classic horror film. The make-up effects will certainly give us a little scare but we should be able to avoid “a film awash with CGI.”

“Of course the best make-up in the world loses force if not inhabited by a first-rate actor. I told the Dimension team that in my opinion there could never be a Pinhead without Doug Bradley, and much to my delight Bob Weinstein agreed. So once the papers are signed, I will open a Lemarchand Configuration, dip my quill in its contents and start writing.”

Barker introduced us to Pinhead in his 1986 novel, “The Hellbound Heart” and he ever assures “the reboot of the movie that spawned eight sequels won’t be for the faint of heart.”

Another thing, “One question regarding the rating has been asked,” Barker added. “I asked it too, and Dimension confirmed that they are purely interested in an R-rated picture.”