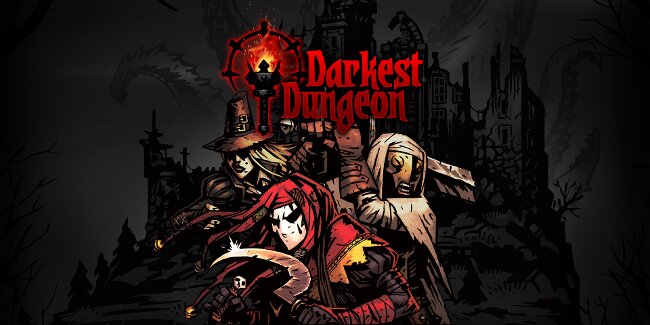 Video games can be hard. Of course, this isn’t necessarily a bad thing. Games such as the Souls series shows us that games enjoy a challenge, so long as it is fun and fair. This, along with some great game design, is exactly why Darkest Dungeon is a game worth checking out.

Darkest Dungeon tasks the player with reclaiming the family home from the evil the dwells with in. Players will need to recruit great warriors in order to fight off the evil waiting within, but even that is no guarantee. The game is hard, and players will need to use every advantage they can muster to overcome the evil, but they will certainly have a great time doing it. 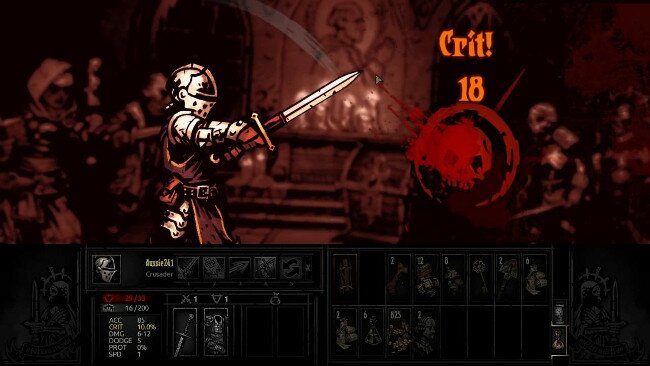 The different characters players can recruit all offer different skills to be used in different situations. Even characters of the same class won’t necessarily be used the same. This is thanks to different quirks that are randomly assigned to the characters. These quirks can be either good, such as one that increases the rate in which critical hits are scored, or bad, such as one that causes the character to randomly steal loot, leaving the player lacking important resources. These quirks can change the way certain characters are used as players must play to everyone’s strength in order to win the day.

Thankfully, the combat is just as good as the characters. Players will face everything from bandits to demonic beasts, all with their own strengths and weaknesses. The combat is turn based with party order playing a huge role. A vestal up front can deal devastating damage with a mace, but moved towards the back, she can heal the party and help keep everyone alive. It can get chaotic one an enemy uses an ability to throw you party order out of whack forcing the player to think on the fly as they try to put their party back in order. Thankfully, the player can do the same thing to the enemy. 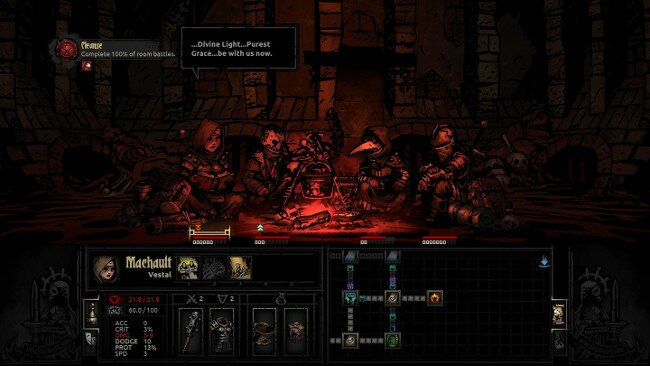 The enemy isn’t the only obstacle the player has to worry about. Stress can build and cause players to break down, or even die. Once stress gets so high for a character, they can develop a new quirk, while this is usually bad, sometime characters handle the stress and come out even stronger with a new beneficial quirk.

Darkest Dungeon is a hard game. Thankfully, that isn’t a bad thing. The combat is challenging but fair and the variety of parties players can form leads to a lot of variety in the combat. Darkest Dungeon may take place in a foreboding dungeon that is filled with threats against the player, but it is nothing but a joy to play.