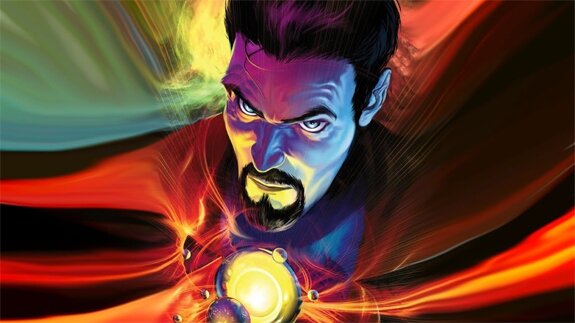 The Director of Photography on Marvel’s Guardians of the Galaxy and Avengers Age of Ultron, Ben Davis, discussed the look of the upcoming Doctor Strange at a BAFTA Master class in London earlier this week.

Davis offered that the film will have a dark palette and a psychedelic grounding. He also said that the work of 20th Century artist M. C. Escher will be a primary influence.

“Most of the work within it is about other dimensions. And I described it, I think, when I was talking to Marvel as Marvel’s Fantasia, in a way, because it’s so sort of out there and different to everything else that they’ve done.”

“There’s a lot of previsualisation, and there’s a lot of work which is very hard – you look at it and you see the imagery that they’ve created for it and you think, ‘well how the hell do we shoot that!?’ because it’s all sort of Escher stuff.

“It’s all very out there,” he continued. “I can’t really say much more about it, I’m afraid. But I think it’ll be really interesting, and it’s a very dark movie, I’m pleased to say.

“DP’s always love the word ‘dark’. The trouble is that most producers don’t like dark. Mostly you get into DI [Digital Intermediate process] and people don’t seem to like dark anymore!”

Doctor Strange follows the story of a brilliant neurosurgeon who loses the use of his hands in tragic car accident. Determined to regain his abilities he turns to magic and gains the moniker of Sorcerer Supreme and the mantle of protecting Earth. Benedict Cumberbatch has the titular role and Tilda Swinton and Chiwetel Ejiofor have also been cast. Scott Derrickson is directing. Doctor Strange appears in theaters November 4th 2016 in the U.S.