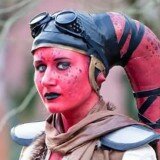 This Original Twi’lek Cosplay is Twi-riffic 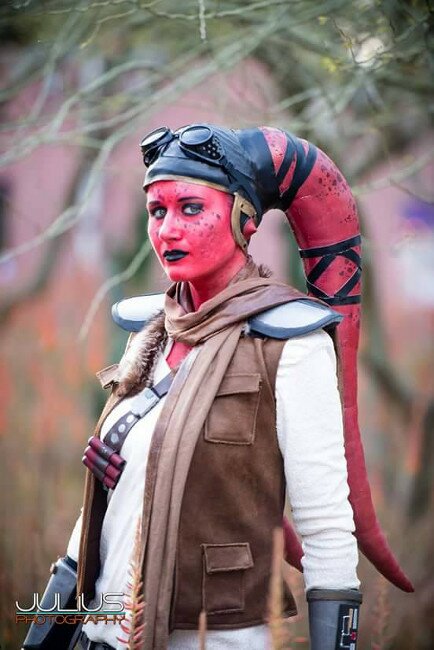 For those of you who may not know much about the lesser seen races of Star War, Twi’leks, sometimes referred to disparagingly as “Tail-heads”, were an omnivorous species originating from the planet Ryloth. They tended to eat cultivated molds, fungi, and rycrit meat. Their distinctive features included colorful skin, which varied in pigment from individual to individual, and a pair of shapely prehensile tentacles that grew from the base of their skulls. The tentacles, called “brain-tails”, “lekku”, or “tchun-tchin” were advanced organs used for communication and cognitive functions. 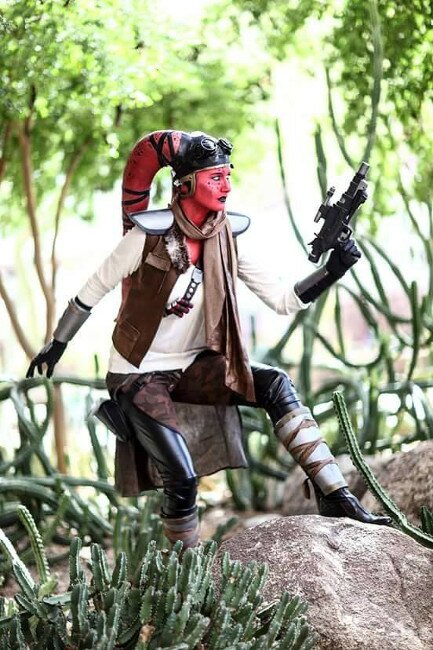 Courtney Leigh went against Twi’lek cultural norms that exemplify body and used very subtle and functional clothing for her original character. Her choices in garments are consistent with other clothing we have seen in characters in the franchise – its very reminiscent of Han and Luke’s drab yet roguishly stylish clothing. Her attention to detail and the alien race is really top notch – opting for the ear cones on the headpiece rather than humanoid ears, which are equally present in the females of the race only. A very interesting original character that I would like to know more about! 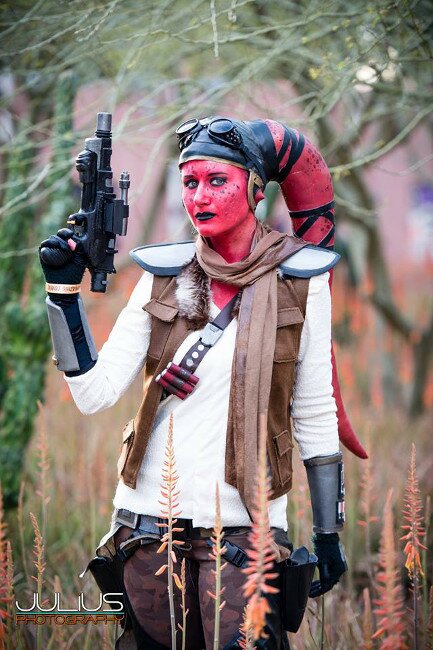 Hey cosplayers! Want a feature of your own? Submit your photos or attach them in an email to cosplay[at]allthatsepic[dot]com.

Hello there! My name is Rennie Starks. I have been cosplaying for many years now and I always get qu[...]

Curry Time Cosplay here with a tutorial for all Jinx (League of Legends) Cosplayers! Make up is a ve[...]

Be the cutest sidekick in Hyrule! This everyday epic cosplay is perfect for any occasion! This dress[...]

Looking to create an amazing look for your next trip to Disney or your next convention? If so why no[...]
Other Stories You Might Like: