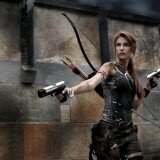 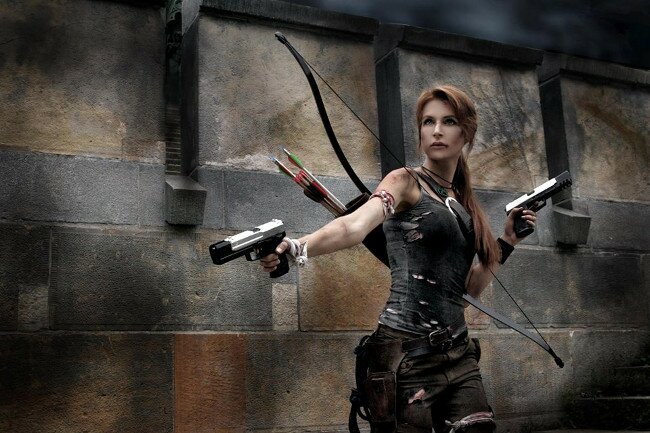 Tomb Raider is the 2013 reboot of the Tomb Raider franchise from developer Crystal Dynamics and publisher Square Enix. It’s the tenth Tomb Raider game, and the first in a new take on the series. This Tomb Raider explores the intense and gritty origin story of Lara Croft, and her ascent from a frightened, young, adventure novice to a hardened survivor. Armed only with raw instincts and the ability to push beyond the normal limits of human endurance, Lara must fight to unravel the dark history of a forgotten island and escape its deadly hold.

Crystal Dynamics began development of Tomb Raider soon after the release of Tomb Raider: Underworld in 2008. Rather than do a sequel, the development team decided to reboot the series, establishing the origins of the iconic and culturally important Lara Croft for the second time. The gameplay elements here focus more on survival, although exploration is used on the island in various optional tombs. It’s also the first game in the series to have multiplayer and the first to be published by Square Enix. 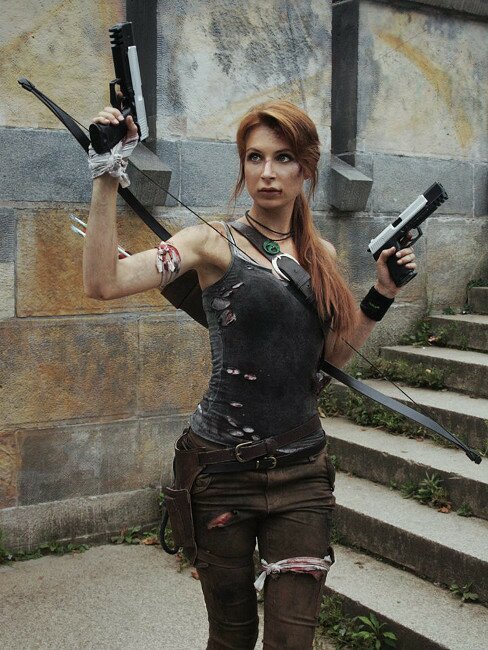 It isn’t just the gameplay that’s different in 2013′s Tomb Raider. This reboot features a 21 year old, untested Lara Croft. In the beginning of the game, she’s portrayed as a naive, vulnerable young woman, but as the game progresses, Lara evolves from being a victim of the island to being a capable and determined survivor. To create a new, more human and relatable version of a decades-old and highly-established character, Crystal Dynamics turned to female writer Rhianna Pratchett. Pratchett is a veteran video game writer who grew up with Lara Croft, as so many of us did, but lost interest when her characterization focused more on sexuality than actual strength of character. In re-imagining Lara, Pratchett wanted to give her the kind of traits that one might rely on when facing unknown situations, like empathy, compassion, and introspection – all qualities that were largely lacking in previous incarnations of Lara. To put it bluntly, Pratchett re-invented Lara as a human being; someone who exhibits appropriate and relatable vulnerability, but is still strong and fierce, and is as much a role model as a sex symbol, if not more. 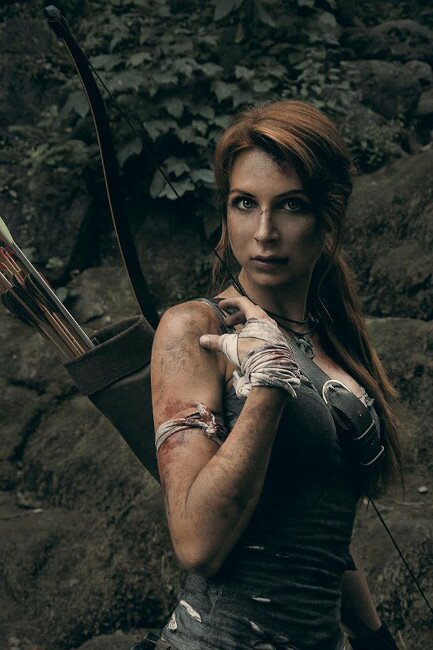 Cosplayer Lena-Lara brings these qualities to life as an incredibly realistic Lara Croft. First of all, her costuming, make-up, hair, and styling is all very accurate and completely only point. She’s the total package. The attention to detail in her costume work (note the rips in her shirt and the weathering of each garment), weapons, and the smudges of dirt and grime is outstanding. Of course, it doesn’t hurt that Lena-Lara looks a lot like Ms. Croft, but it’s her attitude and posing in the photos that really sells the cosplay. In this photo collection, Lena-Lara gives us the evolution of young Lara Croft, from unsure and wary to grimly determined. There’s a dark beauty to these photos that feel very much in keeping with the new Tomb Raider canon. Surely this cosplay will appeal to old and new fans of Lara Croft, and to the thousands of boys who think she’s simply hot. But more importantly, Lena-Lara’s take on Lara Croft shows the inimitable strength of a self-empowered woman.

Teemo Scouts out the Terrain in Adorable Cosplay

This Cosplay of Ashe from League of Legends is Absolutely Stunning

Hello there! My name is Rennie Starks. I have been cosplaying for many years now and I always get qu[...]

Curry Time Cosplay here with a tutorial for all Jinx (League of Legends) Cosplayers! Make up is a ve[...]

Be the cutest sidekick in Hyrule! This everyday epic cosplay is perfect for any occasion! This dress[...]

Looking to create an amazing look for your next trip to Disney or your next convention? If so why no[...]
Other Stories You Might Like: