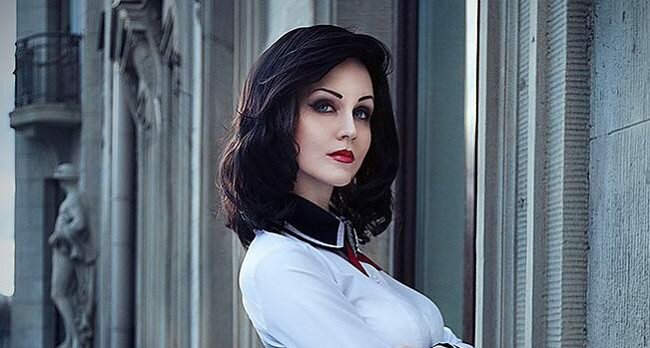 A ‘Burial at Sea’ Elizabeth Cosplay that is Absolutely Stunning

When Bioshock Infinite ended, many a player was left with a feeling of amazement, the story managed to deal with high level science in an easy and explainable manner. Besides the confusing, but also incredible, ending to Bioshock Infinite, what many people fell for was the loveable Elizabeth. The way she manages to not only be a vital part of the story, but also a useful sidekick, had many players fall in love with her instantly.

In Burial at Sea, it is strongly implied that the Elizabeth we tun into is the same as the Elizabeth we met in Bioshock Infinite, although slightly altered on the outside, still the same person we left. Elizabeth has matured since we last saw her, both as a woman, but also as a surviver. The contrast between “our” Elizabeth, and the one in Burial at Sea is accentuated through her lack of emotinal response to people around her dying, and her coldness towards Mr. Dewitt.

This cosplay is by the amazing Ver1sa. She makes a wonderful, and perfectly dark, Elizabeth, and manages to capture the feel of Rapture in the look of her eyes. Ver1sa also has a lot of pictures of her “regular” Elizabeth on her deviantART page, which you can find here.