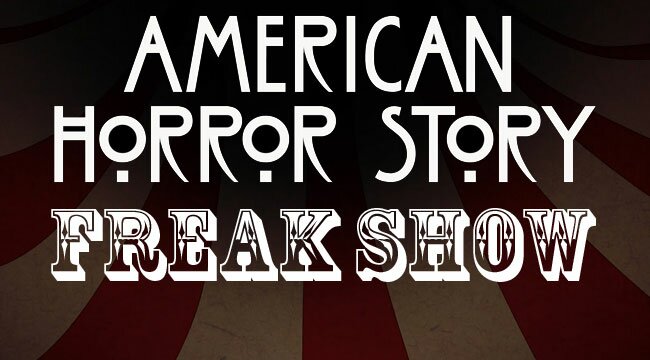 I thought “Pink Cupcakes” was a season low, but still a decent enough chapter in an all around good season. Thats right, I said this IS a good season, and “Bullseye” is just further proof that AHS writer’s may finally be learning from there mistakes. Not to say this season is perfect, or even that this episode is perfect, but it is another reminder of the strong suit this season has put on.

Just to get it out of the way, I want to complain about a specific facet of this show that has bothered me throughout all four seasons. That is, the tendency AHS has at killing off characters just as it begins to make them interesting. First we had Twisty the Clown get a fantastic backstory only to see him taken away by Edward Mordrake. Now this week we get the implied demise of one of the more interesting characters, Paul. Now I won’t say Paul was a particularly amazing character but he was just beginning to stretch his acting muscles with a three way love triangle involving Elsa and the girl from town whose name escapes me. Not only does this give Mat Fraser a chance to shine, it shows how Shakespearean of an actor he could be given a bit more to work with.

The main plot line of the story revolved around the sort of strange love triangle mentioned above. As we see, Paul is Elsa’s lover. Though I use that word sparingly as she basically just uses him for sex before cuddling up to Ma Petite before sleeping. The sort of surreal dream like quality of this season reflects the opium induced haze Elsa seems to put herself in each night. In fact I’ve read a couple of fan theories about the majority of this season being a dream. Something that would end up being dumb from my point of view but not entirely unrealistic. The amount of dream and imaginary sequences so far this season certainly give us a false sense of security. Hell Ma Petite got not one but two fake death sequences and while these can occasionally feel cheap, they do serve the purpose of reinforcing the idea of reality vs fiction.

What is keeping the season interesting to me is the fact that this season is much more heavily focused on characters over events. While Coven felt like a bunch of sub personalities you might find in witch lore, Freak Show actually possesses well defined and individual characters. They each have their own dreams, ambitions, fears and reasons for joining the freak show in the first place. While some minor characters at the circus haven’t gotten nearly enough backstory, the forward momentum with some of the major characters has been a welcome change. We understand Elsa’s jealousy of the twins and her desire to be relevant/famous. We understand the twins individual wants. We see that Jimmy has come to see himself as the defacto father of the group. Whats even better is that the show is good about not trying to fit every single character into every single episode, a problem plaguing shows like Gotham right now.

I suppose one thing that hasn’t fully worked for me so far is that the show doesn’t seem to have an overall endgame in mind yet. We have a few villainous characters in Dandy and the oddity collecting Stanley, but even so I think the true villain of the season remains discrimination and it’s effect on both the discriminated and the discriminators. I’ve been hoping for a bit more interaction between members of the Freak Show and the people of Jupiter but that hasn’t happened yet aside from a couple minor scenes in each episode. All in all despite some minor hiccups and a small lack of direction this season has been stand out. Even with the aimless story I’m interested to see where it goes in the second half of the season. Let’s hope it stays true!