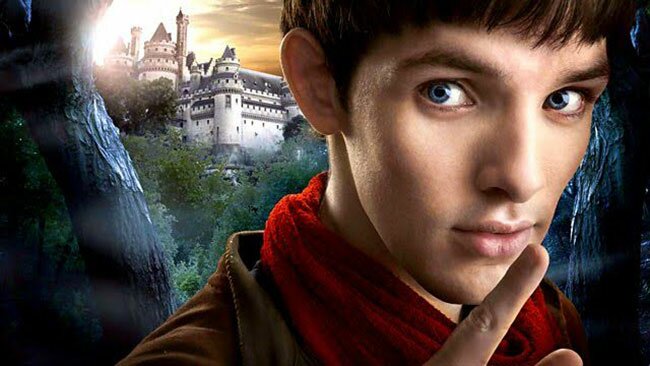 Fantasy can be an intimidating genre if you’re new to it–mostly because of its diversity. Practically every fantasy series (both on screen and in books) has its own kingdoms, characters, histories, customs, and terms for viewers or readers to memorize. In short, each fantasy world has its own style, and that can be a scary thing for someone who doesn’t even know where Gandalf is from (Lord of the Rings; you’re welcome). Whether you’re the newcomer yourself or are someone who’s just shamelessly trying to push your newcomer friend into the genre’s realm, here are five series to watch–ordered from lightweight to hardcore fantasy!

Where to find it: Amazon; free with Amazon Prime

This show barely qualifies as a fantasy series, since its only real fantasy element is witchcraft–which makes it a perfect baby step for your friend who insists that he or she will never like the genre. If you or your friend is very, very reluctant to delve into fantasy, a show like this one is the way to do it! With diplomatic and romantic tensions, the occasional battle, and a few very dark spells, this show has the gritty political intrigue of House of Cards or The Tudors. If either of those shows were up your friend’s alley, then The White Queen is a great start as the minimalist’s fantasy series. Plus, when the season is over, you can ask your newbie friend if the show’s magical aspect didn’t totally improve the plot–and watch him or her grudgingly admit that it did.

While insidious-political-manipulation-lovers might gravitate towards The White Queen, people who enjoy comical song-filled romps will gravitate towards Galavant. This show, unlike The White Queen, has practically every fantasy cliche in the book. A colorful medieval setting, an unlikely (but successful) group of heroes, the inevitably funny and endearing sidekick, a tyrannical ruler, a unicorn, a dragon–Galavant has it all, topped with a never-ending supply of funny songs and witty jokes (including the kind that break the fourth wall). The plot isn’t very complicated, and you really don’t have to memorize more than one or two new terms, so Galavant is ideal for anyone who wants a relaxing, enjoyable, and–perhaps most importantly–uncomplicated fantasy series.

Where to find it: Season 1-5 on Netflix and Amazon*

Like Galavant, this show is already helping viewers out by featuring the main protagonist’s name in the title. One less thing to remember, newcomer! Merlin is also a great segue between the general happiness that can be found in Galavant and the general UN-happiness that can be found in some other fantasy series (see number one). It has a sunny, clean-cut medieval setting just like Galavant does, but also has a darker and more poignant plot. Merlin is a young wizard who spends the entire show trying to protect King Arthur (who is unaware of all the help that he’s getting) without revealing his magical status. This show’s story-line has some twists, and Merlin makes for exactly the kind of unassuming, rags-to-riches hero that fantasy so craves. You’re not going to find a deliriously happy ending, per se, but bittersweet is something that the show excels at–and yes, this show also has a dragon.

All of the other shows on this list have settings that are far from modern, so this one will be refreshing for anyone who prefers 21st century stories. If you’re a fan of Supernatural, Charmed, or Grimm, then give OUAT a chance! This show presents viewers with a very iconic side of fantasy: the fairy tales. Classic stories and classic characters are redefined with clever alterations; if there’s any fairy-tale character that you showed interest in as a child–be it Prince Charming, Captain Hook, or Mulan–the character is bound to show up here, with an intriguing new version of his or her story! The show’s sardonic modern heroine finds herself meeting many of these characters, and is a great foil to her newfound fairy-tale family (who exhibit all of their roles’ traditional optimism and courage, but without the naivete). The mixture of medieval flashbacks and present day also makes for a wonderful contrast. And when the fantastical elements actually combine with the real world? The story-line gets even more entertaining–and complicated.

OUAT is a rare kind of show, not only in that it reinvents everyone from Rumpelstiltskin to Elsa, but also in that it actually IMPROVES with every season instead of fizzling. If ‘medieval’ style doesn’t have tremendous appeal for you, then this show’s intertwining of the modern and the legendary will be a great compromise. Give Once Upon A Time a try on Netflix, and open yourself up to some new kinds of fairy tales!

Blood, nudity, and (your own) tears: that’s this show’s M.O., and it’s one that you should be prepared for before pressing play. Otherwise, you’ll find yourself being violently dragged along on a six-season whirlwind of truly epic (and oftentimes tragic) fantastical drama. Game of Thrones has many of the common fantasy ingredients: royal struggles, magical visions, dragons–but none of the cheerful fairies or guaranteed happy endings. Be warned: though this show is truly excellent, you’ll soon find yourself anxiously inhaling Cheetos while wearing a tear-stained bathrobe–so don’t start it right before something important like finals, and definitely have another more uplifting series ready and waiting to restore your pulverized internal balance. Your rebound fantasy should be one with a similar setting, but relatively HAPPY characters, so Galavant or Merlin might work; if Game of Thrones is the heavy meal, then either of these shows is the sorbet.

As this list indicates, there is no one type of fantasy. Sure, these series might have some things in common with one another, but they also each have something different. Use whatever you already like watching to determine which fantasy series you (or your friend) should start with; whether it’s a battle-filled drama or a merry musical quest that you’re drawn to, fantasy has it! The very variety that can make fantasy seem daunting is actually what also makes it such a special genre–one worth picking up your remote to explore.

Note: Both Galavant and Once Upon A Time‘s most recent episodes can be found for free on the ABC app and/or website.